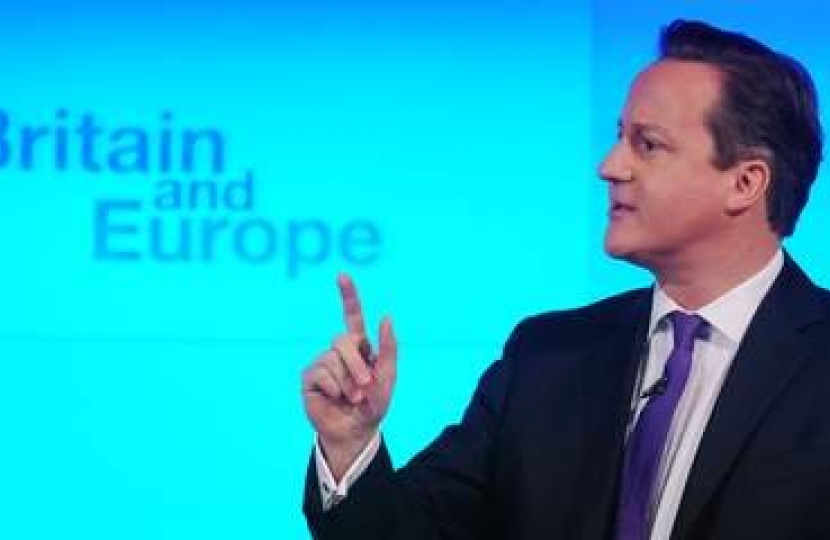 David Cameron’s speech recognises that the direction in which we have been heading over the past forty or so years must – from Britain’s perspective - change, but it also recognises that stepping away from the path leading to political union is difficult. While there is naturally a wide range of opinions amongst us on European policy, one overarching view came through loud and clear: ‘ever closer union’ must end.

There was general agreement that the single market - or a version thereof - is good for Britain. But anyone who has watched the European parliament in action will know that for Britain to have a chance of repatriating powers we must have a bargaining chip of at least commensurate magnitude. This may be our standing in the world, financial influence, military capability or ironically our Britishness?

According to a recent legal article about nationalism and Europe [1]: ‘It is clear that the prospect of successful European integration is a desirable goal. A federal Union is one of the proposals for a possible development of the European Project, but there may also be others that have yet to be seen. However, nationalism is definitely not one of them’ (emphasis added). This sentence says all there is to say about the project – it is about the gradual dismantling of the nation state in favour of supra-national control. If we stay within the present political ‘Union’ there is no room for meaningful national programmes. Those behind the project are dismissive of any individual country’s concerns about immigration, welfare, customs, industries, tax and legal systems, military traditions or political structures. We will receive no willing reprieve on these matters that is worth having.

The next few years will be interesting as the internal workings of the European project itself evolve along with the sentiments of member-countries. David Cameron recognises in his speech that the nature of the European project has already started to change in response to a multitude of complex factors, and this will bring opportunities that may not be apparent now.