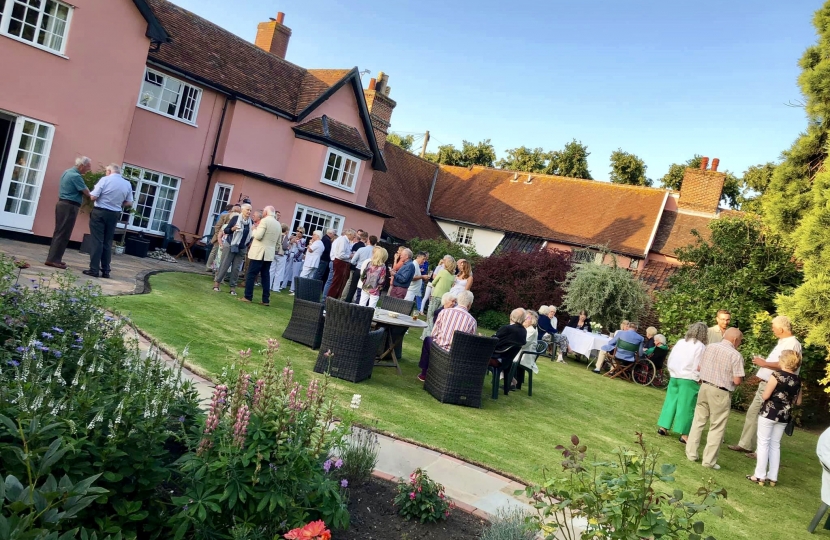 The Central Suffolk and North Ipswich constituency was created in 1997 following a Parliamentary Boundary Review and formed mainly from eastern parts of the old Central Suffolk constituency,  including the northern-western Ipswich wards of Castle Hill, Whitton and Whitehouse and western fringes of East Suffolk.

Central Suffolk and North Ipswich is a large and diverse constituency which contains both the northern parts of Suffolk’s county town of Ipswich, alongside some of the most rural parts of Suffolk.  North Ipswich supports a substantial proportion of the town’s light industry and out of town shopping facilities, as well as enjoying a strong sense of community focused around local sports clubs such as Whitton United Football Club.  Kesgrave, Bramford, Rushmere St Andrew, Claydon and Great Blakenham are all towns close to Ipswich, but each proudly maintains its own identity.

Much of the rest of Central Suffolk and North Ipswich is very rural with a strong agricultural base and great pride in a thriving food and drink sector.  The picturesque countryside and quintessential rural environment have attracted many people to live in market towns and villages such as Wickham Market, Framlingham, Debenham, Eye and Stradbroke.  Tourism is a booming sector with visitors drawn from far and wide, hoping to sample Suffolk’s famous food and drink offerings, as well as visiting attractions such as Framlingham’s world-famous castle, or simply enjoying the beauty of the Suffolk countryside and unspoilt landscape.Central Suffolk and North Ipswich Conservatives are a vibrant association with a friendly and active membership.  The Association exists in order to:

By becoming a Member, you have the opportunity to help in this work.  You can help in many different ways ranging from simply paying a subscription, which helps to pay for election campaigns, to attending events, helping to deliver leaflets, or even standing as a local councillor.