County Councillor for Kesgrave and Rushmere

As a County Councillor, it is Stuarts objective to represent all the people in the community and to make things happen. He has a keen interest in local issues such as mental health (particularly in younger adults), young carers and getting the best recreational facilities for young and old alike.

Stuart is the General Manager at Kesgrave War Memorial Community Centre (KWMCC), a school governor at Kesgrave High School, as well as a keen volunteer for the Homeless, Alzheimer’s and works with local partnerships and groups to ensure that the residents of Kesgrave and surrounding areas have the best opportunity to thrive.

Stuart can be contacted on stuart.lawson@suffolk.gov.uk or can be found at https://twitter.com/StuartLStrut 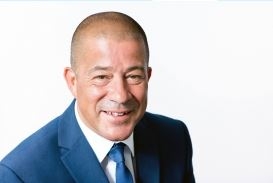