County Councillor for Hoxne and Eye

Peter was born and brought up in rural Somerset. With a degree in the social sciences, he became a Research Fellow at the School for Independent Study in London. His first local government post was with Lambeth Council, and Peter spent twenty years holding a variety of chief officer roles before being appointed as corporate director and Monitoring Officer at Middlesbrough Council. Northamptonshire County Council appointed Peter as its Chief Executive in 2000 a post he held until May 2007.

In his roles as Eye Town Councillor and Mid Suffolk District Councillor, Peter has used his local government experience and local knowledge to drive a number of improvements and plans in the area. He is Chair of the well-regarded Eye Neighbourhood Development Plan. One of Peter’s priorities has been to see the Paddock House site in Eye developed in a way that has secured community support.

Peter is keen to secure the future of Hartismere Hospital and for a wider range of health services to be provided for community health and wellbeing.

A major issue in the division is the concentration of HGV traffic particularly in the centre of Eye. Peter has obtained funding to enable the County Council to undertake a project jointly with the Town Council to understand how the problem can be reduced balancing the safety of individuals without detriment to the economy. 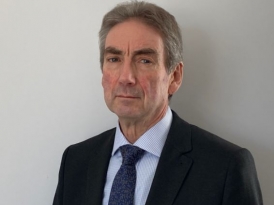