County Councillor for Whitehouse and Whitton

David has been involved in politics since 1979 and soon became the Chairman of the local branch in a village in Essex. David moved to Ipswich in December 1985, he is married with three children, six grandchildren and three great grandchildren, his two youngest children have a computer company in Ipswich, which employ about forty local people. David himself is retired.

David became an Ipswich Borough Councillor in 1999 for Broomhill Ward for four years and then Castlehill Ward until May 2019, represented the Borough of Ipswich as the Mayor 2009 to 2010, he retired from the Borough to spend more time with the County Council. David was elected to the County Council to represent Whitehouse and Whitton Division in May 2017.

David became a Councillor to engage with local people to make Suffolk a place where people want to live, work and bring up their families. 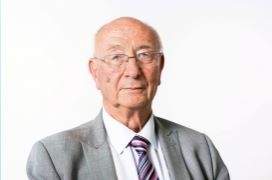