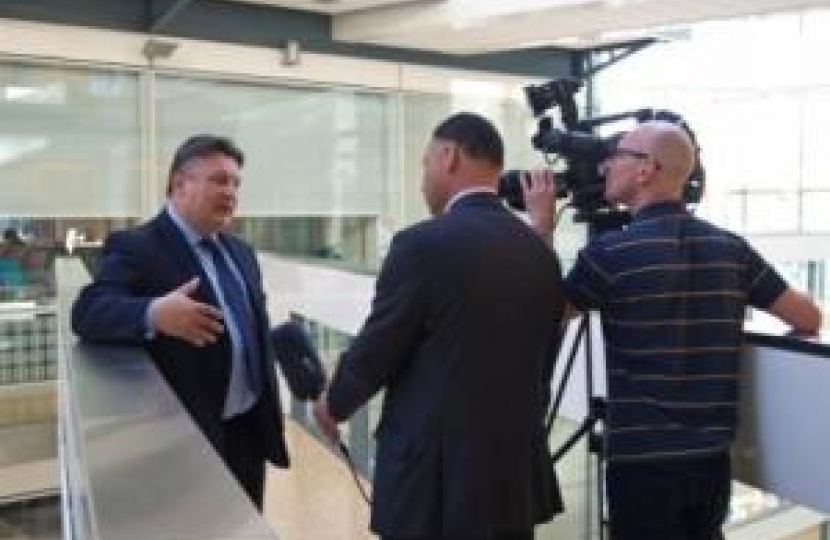 The County elections have come and gone, which is hard for those of us who stood to believe at times. The Conservatives now have a majority of 3 (39 out of 75 councillor seats), down from 35, but at least a majority. Perhaps the most outstanding loss was Anne Whybrow of Stowmarket South who was out-done by 1 vote by Stephen Searle, UKIP. Ipswich was fairly punished with some significant labour wins. Chris Hudson (Association Chairman) and I were both fortunate to have been elected. We are immensely grateful for the help and support offered to candidates by many on the ground, by our MP Dan Poulter, other MPs and MEPs, and by the Association office.

The national resurgence of UKIP was mirrored in this county election. People had national issues on their minds, more so than local ones. They wanted to talk about them and were frustrated that Westminster appears simply not to be either listening or communicating clearly. They wanted to send a message, kick some ‘*’, and maybe come back and vote Tory again if the message gets through.

It is vitally important that the message does get through, and that it continues to be relayed. The fat lady has not yet sung about UKIP and the issues it is talking about.

The County is now tasked with continuing to improve and expand services under a shrinking budget. This is not impossible, we can do it, and are better equipped to do it than for a long while.

An energetic and rejuvenated cabinet has been selected by Councillor Mark Bee who was reaffirmed as leader of the Council earlier this week. Councillor Bee’s reshaped cabinet places responsibility for education, the council’s key priority, at the top of the organisation and sees three new faces join the top team. It also sees the creation of a new role - cabinet member for localities to support local initiatives across Suffolk.

Proposed cabinet appointees are as follows, to be confirmed on 23rd May:

More information about the election can be found on the County’s website: