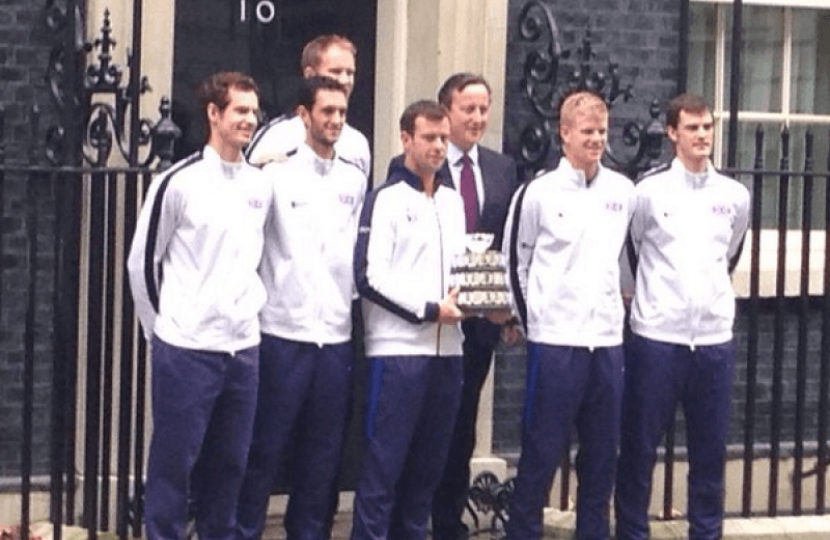 ANDY Murray and the other members of Britain's winning Davis Cup team have been greeted by Prime Minister David Cameron at an official reception at Downing Street.

"I'm delighted to welcome Andy Murray and Great Britain's Davis Cup team to No 10 after their sensational win," Mr Cameron said on his official Twitter and Google+ accounts.