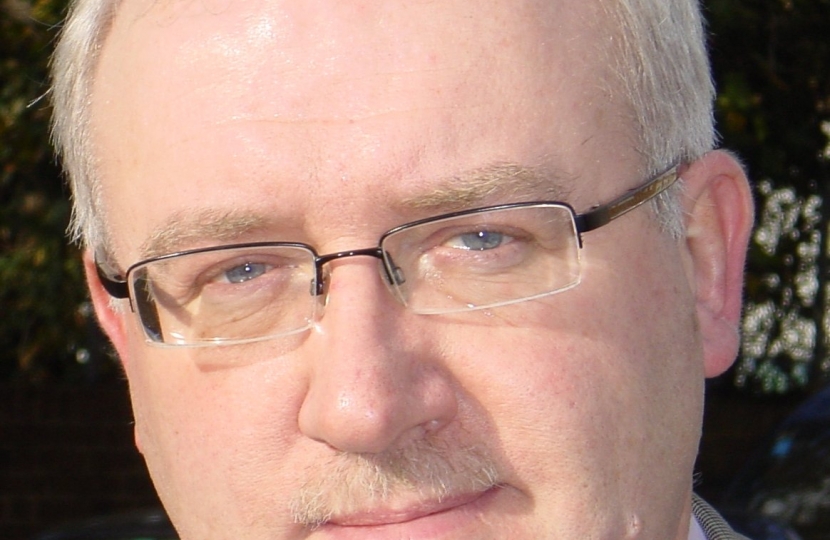 SCC Leader, Mark Bee, this week met up with his counterpart in Norfolk, George Nobbs, on the border of Norfolk and Suffolk, to sign an agreement committing the two counties to working more closely together. In signing the ‘Memorandum of Understanding’, the two leaders announced an immediate pledge to simplify and improve health and social care for people living near the county boundary. While both county councils will remain as independent sovereign bodies, they will now work together to strengthen existing joint-working arrangements and explore areas where the county councils can join forces, cut duplication and so save money for the tax payers of East Anglia whilst protecting front-line services. Areas where closer co-operation will be explored include: Collaborative working to maximise the benefits of the Norwich and Ipswich City Deal proposals; sharing the benefits of the latest information technology, drawing upon initiatives under development in Norfolk; joining up the commissioning of Mental Health services. Norfolk and Suffolk have one Mental Health Trust and so it makes sense for the councils to commission services in collaboration.

Plans to save nearly £39million next year were put under the microscope this week by the county council’s scrutiny committee. In order to cope with a reduction in our grant from the government, and expected cost pressures and additional demand next year, a series of cost-cutting proposals have been put forward. The aim, across the board, is to maximise the effectiveness of the money the council spends. By working closely with other organisations, reducing bureaucracy, cutting duplication and finding smarter ways of working, the intention is to meet the savings target whilst avoiding, as far as possible, cuts to front-line services. The proposals include savings of: £8.2 million in landfill taxes next year thanks to the new Energy from Waste site; £9 million from administrative costs following the end of the Customer Services Direct contract; £10million from the Adult and Community Services budget – including a greater focus on early prevention and closer working with the NHS; and £6.7 million from the children and young people’s budget – including a review of children’s centre services, to ensure they can best meet the needs of young families. Budget scrutiny is a cross-party process, introduced by the Conservative administration in 2005, and the recommendations emanating from the scrutiny committee will then be fed back into the budget process prior to the final budget proposals being debated by the Full Council in February next year.

Mark Bee is scheduled to meet with government minister Ed Vaizey, in a bid to secure a multi-million pound investment to improve broadband speeds.

Mark, along with Bury St Edmunds MP, David Ruffley, will meet with the government early next month to make Suffolk’s case for receiving part of a £250million pot of money. If successful, the money will be used to drive up the delivery of fibre-optic broadband to 95% of premises, from the current target of 90% by 2015. The council would have to match any Government money approved to complete the bid, which is expected to be submitted formally by the end of the year. The money would help provide faster broadband to hard-to-reach areas across Suffolk.

The Community Interest Company which was formed out of a service provided by SCC, is celebrating its first birthday. The company provides advice, training, skills development and paid employment for people who are disabled or disadvantaged. In doing so, it creates opportunities to help people succeed in learning, work and in their quality of life generally. Since breaking away from the county council last year, Realise Futures has gone from strength to strength, becoming the largest social enterprise in East Anglia, with a turnover of £16million, employing 370 staff in four business divisions over six counties. Since last year, the company has: Created 105 jobs in the last year, of which 35 were in the Careers Advice Service; Increased business turnover from £13.4 million to £16.7 million; Become a top 3 provider of the National Careers Service in the country; helped 100,000 people with careers advice; helped 7,000 people in Suffolk access community learning; expanded its award-winning 100% recycled outdoor furniture business, securing orders from leading leisure and wildlife attractions including Colchester Zoo and Jimmy’s Farm, and  exported outside of the UK. The company’s growth has seen it move to a new head office and open a brand new factory unit in Suffolk.

Voluntary and community organisations in Suffolk have been recognised for their outstanding service to local people.

18 organisations from across Suffolk have gained recognition from the Working Together Fund. Funded by SCC and managed by Suffolk Community Foundation, the fund’s objective is to recognise outstanding service delivery or community development as a result of increased partnership or collaborative working. Colin Spence, SCC’s cabinet member for public protection toured the county visiting organisations and awarded sums of up to £10,000 to organisations that have succeeded in delivering outstanding “working together” initiatives. Winners included the Anglo-Chinese cultural exchange in Ipswich, the Eden Rose Coppice Trust in Sudbury, Felixstowe Volunteer Coast Patrol Rescue service, Theberton and Eastbridge Community Council, and Shelley Centre for Therapeutic Riding.