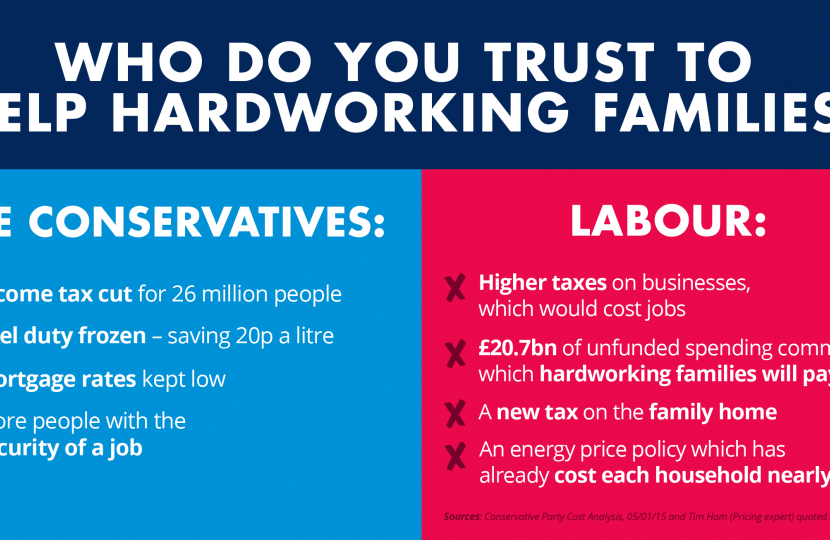 The story: Figures out last month confirmed the trend of improvement in Suffolk’s relative position in educational attainment.

In data released by the government in January, Suffolk has climbed 12 places in the national league table for GCSE results since the previous year; from 137th to 125th out of 151 local authorities. This means we are getting ever closer to bridging the gap between ourselves and the national average. This was always expected to be a tough year for results, on account of changes to the way GCSEs are measured nationally. As a result, there was a nationwide reduction in the level of results. In Suffolk this meant that just over half (51.7%) of pupils scored at least five C grades including English and maths last summer, compared with a higher number of 54.6% in 2013. However, the key statistic is the relative improvement of Suffolk, something which is now becoming a clear trend. In 2012, Suffolk had fallen 8.9% behind the national average at GCSE, prompting the establishment of the Raising the Bar programme. Since then, there has been slow but inexorable improvement, with the gap between Suffolk and the national average narrowing to 4.6% in 2013, and now, following 2014’s results, to just 1.7%.

Key message: Raising educational attainment is our number-one priority. We have always recognised that driving up standards would take time, but we now have a clear upward trend. Congratulations to everyone involved in bring about these improvements. This is only the start, and there is much further to go. However, we now have clear evidence that the gap is narrowing; the bar is being raised.

The story: The people of Lowestoft are invited to attend a public presentation of options for a new road crossing over Lake Lothing.

The public meeting will take place in the town on Wednesday 18th February to discuss and present the independent report regarding possible locations for a new crossing which was recently published by engineering consultants WSP. Members of the community are invited to come together to listen to and discuss the options in the report. This public meeting has been proposed and arranged by SCC. Peter Aldous MP will chair the meeting, accompanied by SCC leader Mark Bee. A representative from WSP will present and discuss the report. Other representatives confirmed to attend include the county’s cabinet member for roads and transport, Graham Newman and Colin Law, leader of Waveney District Council. The report indicates that the most cost-effective and appropriate crossing option is at the eastern end of the lake. In his recent letter published in the Lowestoft Journal, Mark Bee moved to reassure people that, contrary to some claims being made, any new bridge across Lake Lothing would not be built as a replacement for the existing Bascule Bridge; a point made very clearly in the report produced by WSP.

Key message: Securing the right infrastructure is paramount for the economy of Lowestoft and the surrounding area, and the quality of life for people who live and work there. We are fighting hard to get the investment needed to make the third crossing a reality.

The story: The final phase of Travel Ipswich is set to begin with the final upgrading of signals and improvement of junctions in and around the town centre.

Over the last few months there has been significant improvement work carried out, which is delivering on the overall aims and objectives of Travel Ipswich. This work includes: upgrading traffic signals across the town to enable them to be linked into the new state-of-the-art Urban Traffic Management Control (UTMC) system; improvement work at Commercial Road, including narrowing of the slip lane to the railway station to reduce speeding, removal of signalised pedestrian crossing and installation of a wide zebra crossing, upgraded street lighting; new traffic signals, new crossings across Princes Street and Chancery Road as well as new road and footway resurfacing; new toucan crossing at Barrack Lane to provide cycle link from Geneva Road and north of town down Portman Road and on to the station; and simplifying the crossings on London Road and enhancing the bus priority, new signing, road resurfacing and footway resurfacing. In the next and final phase of Travel Ipswich, the remaining schemes and junction improvements will be taking place. Work is being planned to ensure that closures and disruption are kept to the absolute minimum. However, where disruption is expected, we will make every effort to give advance notice and whenever possible suggest alternative routes.

Key message: Travel Ipswich is all about ensuring our county town remains a great place to live and work, and also, crucially, a pleasant place through which to travel. As the town grows, these improvements will help the transport infrastructure to keep pace in the years ahead.

The story: Suffolk schools are being encouraged to show their ambition and enthusiasm by applying to the Raising the Bar (RtB) Challenge Fund.

The second round of funding has now been made available to Suffolk schools who are operating or want to initiate ambitious and innovative projects that aim to raise attainment. Schools are invited to bid for funding from the RtB Challenge Fund and demonstrate parental engagement and sustainability through their planning. Schools are also expected to work collaboratively with other schools to access the funding. The project could be focused on a particular issue, subject or need. As long as the project can show how it aims to make a direct impact on pupil attainment or progress then it will be eligible for consideration. The Challenge Fund is designed to support projects which have ambitious targets. In order to support this ambition the fund works on the principle of being rewarded for performance. The fund will support up to 50% of the project costs, to a maximum of £5,000 per school (however there is some flexibility to recognise the varying sizes of schools). The first 40% is paid up front to facilitate the project starting within the remaining 10% to be paid on achievement of targets. It is anticipated that most projects funded through this round would start either in April 2015 if ready to go, or September 2015. The fund will be open to any publicly funded school in Suffolk. Visit The Challenge Fund page for more information and details around how you can get involved.

Key message: Our Raising the Bar programme is building a momentum for improvement in schools across Suffolk. It is vital that we capture and support that spirit, and this challenge fund will help those who aspire, like us, to educational excellence.

Work to begin on transforming Ipswich market and link to waterfront

The story: SCC and Ipswich Borough Council, together with Ipswich Central, have announced their plans for transforming the Queen Street and Princes Street area to improve the market and pedestrian link from the centre to the waterfront.

The scheme will look to pedestrianise the area with alterations including extension of the present market into Queen Street, whilst changes to St Nicholas Street will improve routes for cyclists and pedestrians to and from the waterfront. Work will include additional upgrades such as new paving, kerbing, street lighting and other general enhancements to the area. Some alterations will be made at Giles Circus in order to extend the market and allow access to the Buttermarket. After the transformation, traffic will flow in the opposite direction, meaning traffic will come into Queen Street near Bowman’s Bar, travel towards Giles Circus and then through Princes Street in the direction of the Willis Building. A consultation took place last year regarding proposals for the area. During the consultation process some businesses in the area raised issues with restrictions on loading and unloading. After careful consideration a comprehensive set of traffic regulation orders is now being developed, where access will be restricted on both market days and non-market days. Legal orders for traffic regulations are expected to be advertised at the end of February 2015. Ipswich Central will be contacting businesses affected in order to alleviate any concerns they may have.

Key message: We are ambitious for our county town, and want to see it thrive and prosper. We are working with our partners to help bring about improvements wherever we can.

The story: A new campaign, launched by Suffolk’s health professionals, invites people to play their part to beat loneliness; drawing attention to the fact that loneliness can affect any of us at any time.

An estimated 800,000 people in England feel lonely, and AgeUK Suffolk predicts that 15,000 older people in Suffolk can go a month without speaking to a friend, family member or neighbour. The campaign, entitled ‘Loneliness. Make the connection’, began last month and kicks off a year-long focus on loneliness and how it affects people in different ways, from new parents to bereavement and unemployment. A number of studies have linked the harmful effects of loneliness to both mental and physical health; claiming the same long-term harmful effects as obesity and smoking. SCC’s public health team is joining forces with voluntary-sector organisations and other partners to co-ordinate the campaign, drawing attention to the support already available from befriending schemes and organised groups to telephone and on-line advice. More information about this campaign is available from www.healthysuffolk.org.uk including the ability to make a pledge, find out what support is available, read case study examples and download a range of useful resources.

Key message: Supporting those most vulnerable in our communities is not only a key priority for us, but a moral obligation. That’s why we heartily support this campaign to raise awareness about loneliness, the wide range of people it can afflict, and the effects it can have. We can all play our part and make a big different.

The story: Norfolk and Suffolk have joined forces to deliver an ambitious three-year programme to promote the rich cultural tourism offer across both counties.

After an open, competitive, tender process, the communications agency Spring has been appointed to deliver this work. A Suffolk business, based in Southwold, with an international reputation, Spring is tasked to make Norfolk and Suffolk ‘must-see cultural destinations’; both counties are home to organisations, places and artists with national and international reputations but many do not receive the recognition they are due. Tourism is currently worth £4.6bn annually to the two counties, of which approximately £2.8bn and £1.8bn is generated by Norfolk and Suffolk respectively. This project will drive growth in the economy through tourism and culture. Suffolk is extremely fortunate in having a wealth of cultural attractions, many acknowledged nationally and internationally, and set to increase in importance and impact over the coming years. Tourism in Suffolk supports 17,131 full time jobs, and 34,237 tourism-related jobs in total, equating to 11.3% of the workforce. The total business turnover is £1,755,306,500. The Cultural Tourism project is financially supported by The Arts Council of England (£150K) and the New Anglia LEP (£100K). It is managed by SCC on behalf of the LEP Cultural Board, whose members are senior figures from culture, heritage and tourism across the two counties.

Key message: We are justly proud of our county: it is a wonderful place to live, work and visit. We will work closely with partners, both in Suffolk, and our neighbouring counties, to raise our profile and enable people across the country and beyond to appreciate the manifold delights of our wonderful county.