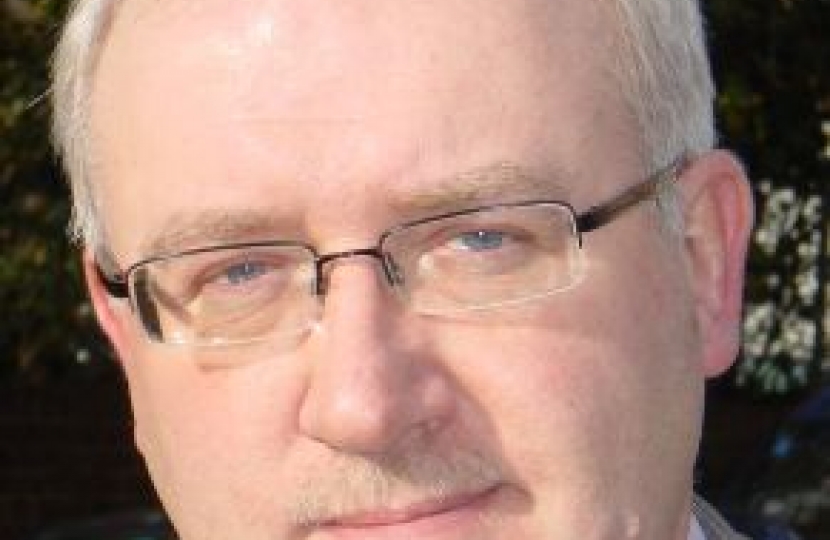 No increase in council tax this year

What has happened: Suffolk County Council has agreed that there will be no increase in council tax for the next 12 months. The decision means that the Conservative-run council has now delivered three consecutive years without an increase.

The Conservative-run county council agreed the county’s budget for 2013/14 earlier this month. The county council needs to save around £25million from its budget this year, due to reduced government funding and increased demand for services. However, through strong financial management – cutting management and back-office costs and reducing bureaucracy – these savings will be delivered without a significant effect on front-line services. At the same time council tax will be kept at the same level it’s been at since 2010. This means that, in the 8 years that the Conservatives have run the county council, council tax has not increased by as much as the Lib Dems and Labour raised it in a single year, when they put it up by 18.5% ten years ago.

Why we are doing it: We believe there is no better way that we can help households up and down the county than by keeping council tax down. Through strong financial management, and a tireless search for greater efficiency, we are keeping costs down and steering a clear course for Suffolk through these challenging times.

No increase in council tax for the next four years

What we are promising: If the Conservatives are re-elected to run the county council in May this year, there will be no increase in council tax for the next four years.

During this year’s budget debate, Conservative leader Mark Bee announced that the number one Conservative pledge at the forthcoming county elections would be a four-year freeze in council tax.

This would be on top of the three years of no increase that the Conservatives have already delivered. These three years, in turn, came after two years with record-low increases. This compares with the Lib Dems and Labour, who DOUBLED council tax bills in the space of ten years.

Why we have done this: While the council may be facing a tough financial climate, so are households across Suffolk. That is why keeping council tax as low as possible remains the best way we can help people around the County.

What we are doing: The cabinet decided, at its meeting this month, to press ahead with the move from three-tier to two-tier schooling in the Stowmarket and Stowupland areas. This will ensure that children across nearly the entire county will benefit from a two-tier education system (primary and secondary schools), with just the Bury St Edmunds area left to complete.

After nearly 8 years, and with this month’s decision on the Stowmarket and Stowupland schools, the review is now nearing its final stages. The benefits are already being seen in areas such as Haverhill and Lowestoft, where improvements at Key Stage 2 have been nearly DOUBLE the rate they were prior to the changes. This is why all the head teachers in the Stowmarket and Stowupland area (with the exception of the middle school heads) are anxious to complete the process.

Why we are doing it: In 2006 a cross-party group of councillors concluded that children in areas with First, Middle and Upper schools were put at a disadvantage compared to those in areas which had Primary and Secondary schools. This was due to having an extra change of school at a crucial time, and the lack of clear accountability for results at Key Stage 2 level. Results at Key Stage 2 in the three-tier areas were consistently around 6% worse than in the rest of the county – a gap that was never made up by the time the pupils sat their GCSEs. The school organisation review was therefore a vital and long-overdue step which needed to be taken.

Raising educational attainment across Suffolk is a top priority. We are moving to a consistent 2-tier school structure across Suffolk that will give our children their best chances in life. Suffolk schools can now start to look forward, and, with head teachers, school governors and parents, we can work together to drive up standards across Suffolk.

A Growth Strategy for Suffolk

What we are doing: Suffolk County Council, together with partners from around the county, has this month launched the Suffolk Growth Strategy. The strategy is designed to create the fertile environment in which the private sector can develop the economic growth, jobs and increased prosperity that Suffolk needs.

The county council has been working with borough and district councils, as well as local businesses from sectors across the Suffolk economy, to produce the strategy, which will now have a detailed delivery timetable for the coming years. At the same time, a new, official, ‘Invest in Suffolk’ website was launched – an easily-accessible site for businesses looking to invest in the county – www.investinsuffolk.com. A new ‘Inward Investment Service’ – made up of a team of professionals to provide a single point of contact for investors was also announced.

Why we are doing it: Economic growth is, along with raising educational attainment, the top priority of the county council. While councils cannot create growth, they have a vital role to play in ensuring that the infrastructure is in place, that no stone is left unturned in the quest to give Suffolk a competitive advantage, and that our county is fertile ground in which businesses can start-up, grow and invest.

What we are doing: Suffolk County Council and the police have teamed up to provide new speeding signs for Suffolk’s roads.

10 temporary vehicle-activated signs (VAS – the type that flashes up the vehicle speed as it passes) and 10 mobile tripod-mounted signs will now be used across the county. The temporary VAS will move around the County to locations designated by the police, county and parish councils as having the biggest impact. Meanwhile, Community Speedwatch groups will have access to the mobile tripod-mounted signs for up to four weeks at a time. Some groups have already made use of the new equipment.

Why we are doing it: We know that many people are anxious about road safety and speeding by some drivers. That’s why we are working closely with Tim Passmore, Suffolk’s Police and Crime Commissioner, to help make Suffolk’s roads as safe as they possibly can be.