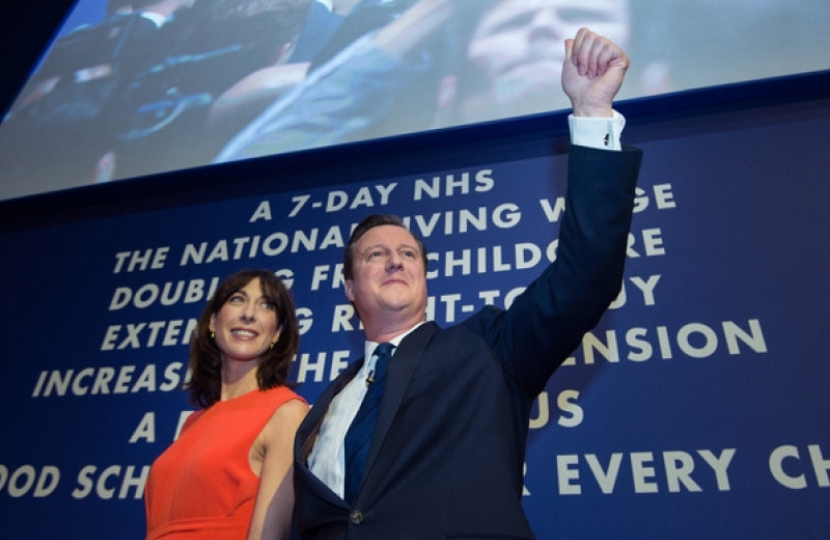 I BELIEVE we're on the brink of something special in our country.

This year, we've seen more people in work than at any time in our history; more of our childrem starting university than ever before; more British entrepreneurs setting up shop than anywhere else in Europe.

Wages are rising. Hope is returning. We’re moving into the light.

But we’re not there yet. We’re only halfway through.

We can make this era – these 2010s – a defining decade for our country: the turnaround decade.

And our goal is a Greater Britain.

With strong defence and a strong economy.

An NHS that there’s for everybody, and schools that stretch our children.

And over the next five years we will show that the deep problems in our society are not inevitable.

That a childhood in care doesn’t have to mean a life of struggle.

That a stint in prison doesn’t mean you’ll get out and do the same thing all over again.

That being black, or Asian, or female, or gay doesn’t mean you’ll be treated differently.

A Greater Britain – made of greater expectations.

Where renters become homeowners, employees become employers, a small island becomes an even bigger economy, and where extremism is defeated once and for all.

A country raising its sights, its people reaching new heights.

So let’s get out and make it happen.

In full:: David Cameron's speech to the Conservative Party conference