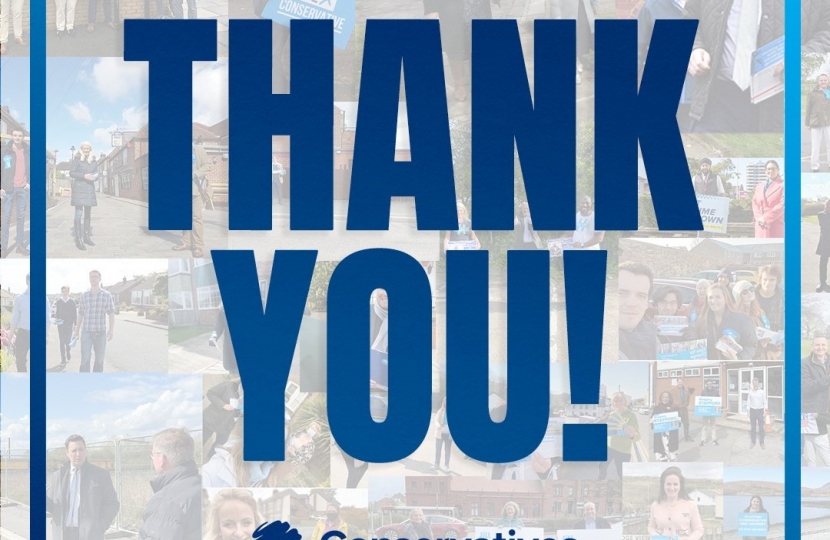 In November 2020, the Executive Council agreed the political strategy for the May 2021 Suffolk County elections.  That strategy was to retain all currently held divisions, including those shared with adjoining constituencies, and to gain the Division of Gipping Valley.

That is exactly what has been achieved!

Divisions in Kesgrave, Carlford, Hoxne & Eye, Gipping Valley and Whitehouse & Whitton were all won with new candidates. Hoxne & Eye was retained despite a former Conservative standing against us as an Independent. Gains were made in Gipping Valley, a seat long held by the Liberal Democrats and the second seat in Whitton & Whitehouse. Shared seats in Bosmere, Hertsmere, St Margaret’s and Wickham Market (by just 33 votes!) were all retained.

The campaigning was ably led by Dr Dan Poulter MP who divided his time between the key targets of Hoxne & Eye and Gipping Valley as well as canvassing sessions in Wickham Market, Carlford and Framlingham divisions, whilst also supporting the district Council by-election in Framlingham.

The results for the Police and Crime Commissioner and district by-election results are to follow.

The Commonwealth, G7 and NATO Summits